WordPress Have Done My 2010 Blog Stats

The stats helper monkeys at WordPress.com mulled over how this blog did in 2010, and here’s a high level summary of its overall blog health:

The Blog-Health-o-Meter™ reads This blog is on fire!. 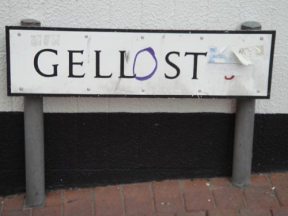 In 2010, there were 11 new posts, growing the total archive of this blog to 51 posts. There were 83 pictures uploaded, taking up a total of 114mb. That’s about 2 pictures per week.

The busiest day of the year was September 2nd with 110 views. The most popular post that day was Travelling without Moving: Somerset, The Cotswolds, Sheffield, and France.

Where did they come from?

The top referring sites in 2010 were blogcatalog.com, facebook.com, ad-ventures4u.com, mail.yahoo.com, and reddit.com.

These are the posts and pages that got the most views in 2010.

This entry was posted in travel. Bookmark the permalink.