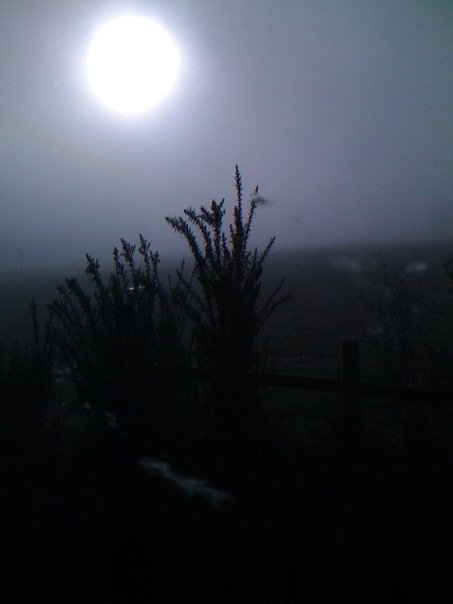 Once more I feel my claim to the title “Nomadic” slipping away. These days I talk to the rest of the world from my cosy rural Hertfordshire retreat via skype, social networks and write ranty blog postings about Islamic identity and strategic communication. So as a refreshing change I am going to pen some thoughts more about baguettes and romantic renovation than advice on saving the world. So, at last a travel post about a country I have been to several times over the past year and an attempt to prove my nomadicity.

I was 11 years old when I left the shores of the Great British Isles for the first time. Le Harve didn’t know what hit it when I landed together with about 80 of my school friends back in 1982. We behaved badly on the ferry crossing: we snogged on the top deck; we smoked discarded butts and drunk the dregs from glasses in a shadowy bar at one o’clock in the morning. When we arrived in France we promptly fell asleep. The only thing I can remember from the 24 hours in France was sitting in a cafe wearing a navy blue beret and stripped shirt (although I think I only have this memory because a teacher travelling with us snapped a photo of the moment and to my embarrassment it went on the school notice board). On the way back the boys got caught with the flick knives they had purchased and were suspended from school, which cast an ugly shadow over the whole affair.

I have returned to France many times over the years – weekends to Paris, grimacing moments at Disney, but usually just passing through with my eyes closed, evoking a gallic shrug of indifference. To say I haven’t made the most of the place is a huge understatement – but to me it just never quite felt foreign enough. It seemed like going out for a wild night on the town and ending up at your next-door-neighbours house for a beer. As a young traveller I was more concerned with ticking off countries in the middle east, southern Africa and the tropics.

However, last year I fell in love with a dashing English man who lived in Brittany. This time France was plucked from my periphery vision and thrown in my face with unexpected delight. Unlike girlfriends before me, integrity prevents me from going into detail about my relationship with the gentleman concerned, however I will say he is quite the best thing to have ever happened to me. And as Nomadic enters a new era – finally spending my time in free flow writing and painting and doing what I am good at for a living (and what is right) – maybe the time has come to take a good long look at France (maybe even learn French). Sometimes for less than a quid Ryanair will transport you to Dinard (with a cheesy fanfare arrival if you are lucky enough to be on time) – which I wouldn’t scoff at for love nor money (or indeed both). So a few snapshots if I may of the France that the man in my life has shown me – a small piece of a country I have blinked and missed far too many times before:

Flying kites with five wonderful children (his and mine) on a cloudy beach at Saint Lunaire on the Emerald Coast; a famous five bike ride to a twee French geranium filled village; the best fresh fruit and vegetable market I have ever seen ever (Rennes); a moving moment at the cheese stall (at the said market); eating cherries (that market again – I said it was good); running breathlessly across a cricket pitch in the dead of night (yes, cricket in France); feeling fluey and glimpsing the amazing beachscapes of the Brittany coast; looking up from the cobbled streets of old town St Marlo and dreaming of apartment living; smiley, friendly French people (which is against everything I was bought up to believe); Wolf the kitten purring like a tractor; delicious pastries caked in wasps; amazing serendipitous floor laying and a cool beer to celebrate our feat; dead men and plasterboard; photographing fields on a misty morning with my new iPhone; and those chimneys three in a row across the rooftops of Rennes, which I still see every morning as I wake up.

So some of my moments in a rough sketch– and there will be plenty more to come I am sure. Perhaps now that I have a (second) permanent home in Brittany I will write more about life there and report on the renovation project, if only to prove I am still on the move (albeit a little slower) but can live up to the name “Le Nomade”.